You are here: Home > Super Bowl: The Year After the Big Win

Super Bowl: The Year After the Big Win

Two Franchises: One Winner.  On AND Off the Field

I can honestly name if you gave me a few minutes every single Super Bowl winner over the past 30 years and probably ever.  I do not even consider myself a diehard NFL fan.  I have been to 10ish NFL games in my life, no playoff games, and my team hasn’t won a playoff game that I remember watching (WHO DEY!)

There is no other sport, no other event other than maybe past Presidents of the United States of America that people can rattle off so randomly and with such ease even if they are not big fans. The Super Bowl winner is the best of the best on the field, but off the field even more.

The Year After the Big Win comes with super profits, increases in revenue, the utmost media attention, more raving fans, raised and sometimes outlandish expectations, and the inevitable disappointment the next year unless the team is so fortunate to win it again the following year. (You think that’s easy?  Just ask Tom Brady, the man has been trying to win another win since 2004 after rattling off 3 in 4 years.)

Sorry, Tom. Not this year… 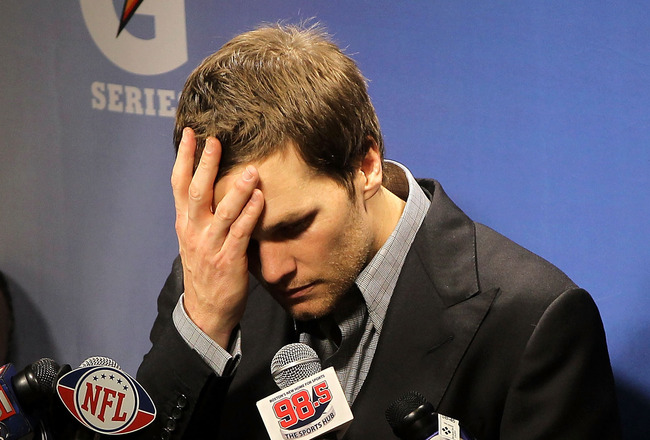 How does it work off the field?

In the Sports Business side of things winning the Super Bowl couldn’t bring greater gains.  You WILL sell out the entire next season no matter what bonehard decisions you make (unless of course you were say the Florida Marlins, sorry Miami Marlins.)

You will be on National TV more times than just about every other team in the league regardless of how big your franchise or market is.  That is TV dollars and profits.  Put that right to the bottom line.

Merchandise sales will be simply put: STUPIDLY HUGE!  That is because winning the Super Bowl, sorry NFL copyright legal eagles, winning the “Big Game” brings in the bandwagon fans and takes average fans to raving fans.  Raving fans will back you through thick and thin, and while it may only last for a year or two it means big business and big dollars.

Unfortunately from the fans standpoint ticket prices will noticeably increase but if people are willing to pay and you can sell out then that is the way capitalism works.

The hype and media attention received as a result of winning the whole thing is incomparable in business.  You could have screwed up tons of parts of your business, ie equipment issues, stadium renovations, cheesy marketing gimmicks, that would put some businesses under but you will receive more praise, attention, and publicity if you win that none of it matters.

It’s one of the few things in this country that bring impactful, GUARANTEED attention to your business.  The Hype Machine will take the players, the coaches, and the owners to a whole other level. 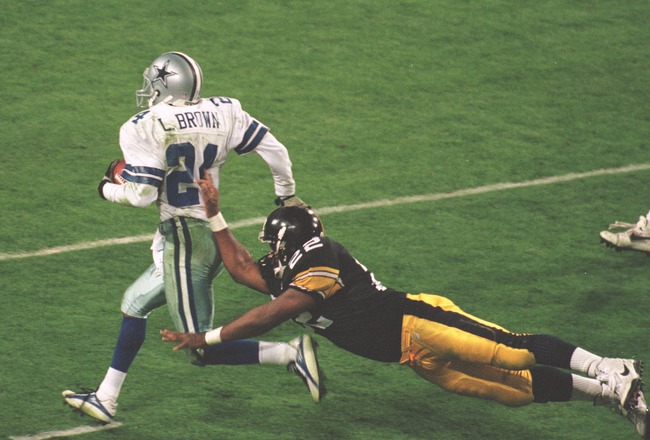 The individual can benefit from “generational” money by playing great in the big game.  Larry Brown took two Neil O’Donnel INT’s that I could have caught in the ’96 Super Bowl victory into a 5 year 12 million dollar contract with the Raiders.

In 1996 that was CRAZY money for a cornerback.  Two years and 12 games played, the Raiders cut him.

The point: No other opportunity in the country puts you on such a high pedestal to shine, and if you do shine for just a short period of time the immediate benefits are unlike anything else in the business world.

What it really holds for the next year

It’s a fairytale ending for one team each and every year that continues on really until they play their final game of the following season. The owners will see profits that just can’t be attained any other way. The franchise sees more publicity and attention that they couldn’t have garnered unless they gave away every seat in the stadium for a whole season.

Which they would never do because they will RAISE ticket prices and sell out.  Supply and Demand. The individual coaches and players will score big with new contracts, promotions, salaries, and signings that they perhaps don’t deserve other than the fact that they played big in that game.

And that’s quite honestly the way it should be.  The year after the Big Win should be nothing less because we as a country have turned it into the biggest event all year long.  We created it, they should benefit from it.  Do you really know anybody who doesn’t watch the Super Bowl anymore?

The Rose Bowl is incorrect, they aren’t the “Grandaddy of ’em all!”  The Super Bowl is.  And while it is quite an accomplishment to even make the playoffs in the NFL, or make it to the AFC/NFC Championship game, the gains from the sports business side to win just one more game are not even comparable in the gains that will be made as a result of that victory.

The Year After the Big Win is great for owners, players, fans, all alike.  Enjoy the Ride!

Thanks for reading everyone!  Thoughts or comments feel free to leave them below, email me at [email protected], or tweet us @sportsnetworker!

PS: A special opportunity for all the readers of the site, thanks so much for all the support!  If you haven’t picked up a copy of my book yet click HERE and enter Discount Code: XDZ95CNU to get 25% off as many copies as you want, share with your friends and thank you!