You are here: Home > Top Ten Most Influential Women in Sports

What qualifies a woman as influential in the sports world? Is it her athletic ability, verbal skills, looks or her ability to lead into new frontiers? Does influence require years of training, bold new ideas or both? Below you will find our opinion of the top ten most influential women in sports. Brennan is a best-selling author, renowned columnist and commentator. She was the first female sports reporter for the Miami Herald before another first as the first woman to cover the Washington Redskins. Her figure skating book, Inside Edge, was named one of the top 100 sports books of all-time by Sports Illustrated. Brennan also broke the story of the pairs figure skating scandal at the 2002 Salt Lake City Olympics. Almost 20 years into a TV sports reporting career, Cohn excels at versatility. Whether it’s baseball, basketball, hockey, racing or golf, Cohn covers the sport with ease. In 1987, Cohn became the first full-time female sports anchor on a national radio network (ABC.) She is the author of Cohn-Head: A No-Holds-Barred Account of Breaking Into the Boys’ Club. Cohn’s Twitter profile exhorts her followers to “Go after dreams.” It’s not uncommon for Cohn to make a fan’s dream with a retweet or mention. Gentile is vice president of espnW. As a collegian, Gentile led Duke to their first-ever appearance in the NCAA Tournament and was named to the ACC’s 50th Anniversary field hockey team. Hill is an ESPN columnist and TV analyst with previous stints at the Detroit Free Press and the Orlando Sentinel. Her Twitter profile reads: “I average 36 tweets a day. This makes me awesome.” Well, then. 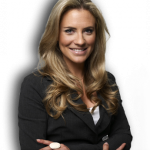 Thompson is Sky Sports presenter and A League of Their Own panelist. She has better than 378K Twitter followers and is on the first page of leading Twitter directory, Twellow. Buss is the Executive Vice President of one of the world’s most popular franchises, the Los Angeles Lakers. In 2010, she authored “Laker Girl.” 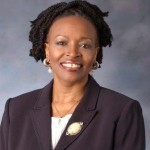 Women in Sports & Events awarded Lewis with one of its three Woman of the Year Awards in 2011. Lewis is Major League Baseball’s senior vice president of diversity and strategic alliances. She explained some of her job responsibilities to espnW: “It’s more than just having more representation of a particular race or women, but making sure that we are working more toward achieving sort of the ultimate balance. We are doing that by taking a real, very strategic and very micro look at each one of those establishments and the pipeline of folks that they actually have coming in…” Wallace followed a pro snowboarding career by representing similar stars at the Wasserman athletic management group, where she is a senior vice president. Wallace was also the force behind action sports shows on MTV and BET.

Pioneers for Women in Sports King received the Presidential Medal of Freedom, the nation’s highest civilian honor, in 2009. She captured a record 20 titles at Wimbledon. Her Battle of the Sexes in 1973 against Bobby Riggs was a catalyst for the women’s movement. King is the Founder and Honorary Chair of the Women’s Sports Foundation. Summitt’s career has spanned almost four decades. Summitt’s Tennessee Lady Vols have made 30 consecutive NCAA Tournament appearances. She was named Naismith Coach of the Century. Her teams have a 100 percent graduation rate for all Lady Vols who have completed their eligibility at Tennessee. She earned a spot among “America’s Best Leaders for 2007” published by U.S. News & World Report.

Whether the ladies are seasoned professionals or relative newcomers in the sports business, the industry’s future looks bright, thanks to them and other leading ladies.

16 Responses to Top Ten Most Influential Women in Sports