You are here: Home > The Babin Breakdown Why would a team release a veteran starting player?  Why would a team release a Pro Bowl caliber veteran starting player?  And why release him with the season already three-fourths of the way completed?  There is a method to the madness in Philadelphia, and I am here to enlighten you on the reasons behind releasing Jason Babin last week.  I will give you access to the thoughts of the brilliant minds at work behind the scenes with the Philadelphia Eagles.

The Eagles’ brass had done their homework on Babin prior to rewarding him with his new contract in 2011.  Babin had previously played the 2009 season with the Eagles, but he only played in 12 games, accruing 2.5 sacks.  He didn’t even earn a start!  Remember, Babin was a relative disappointment for the Houston Texans as a first-round draft pick.  His talent was obvious from the start but the Texans never received the return on investment they wanted, and after three seasons, they parted ways with Babin via trade.  He then made stops in Seattle and Kansas City in 2007 and 2008 before his first stop in Philadelphia in 2009.  So lets give credit where credit is due!  Despite little to no success in 2007 and 2008 with limited game tape, the Eagles’ Pro Personnel staff saw something in Babin.

They gave him a chance in 2009, and when Babin finally “flipped the switch” in 2010 with the Titans and defensive line coach Jim Washburn (who also joined the Eagles in 2011 and no doubt advocated for Babin), Philadelphia knew what they were getting when they signed him for 2011 and beyond.  Babin is a rare breed.  He offers a unique blend of size and speed for a defensive end that NFL teams covet.  But he is extremely fortunate, because most players only receive one additional chance with a new team to prove their value once they are let go by the team that drafted them.  In the case of Babin, he received 4 more chances to maximize his talent with the four aforementioned teams.  I have to believe that his average production early on earned him those extra chances, but Houston was hoping for more than average from a first round draft pick, and after three seasons, the Texans determined that Babin wasn’t worth the wait anymore.  Babin has since put together back-to-back Pro Bowl seasons in 2010 and 2011. 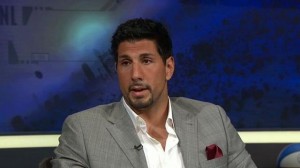 The contract Babin signed in 2011 with the Eagles is in and of itself a thing of beauty!  A tremendous amount of credit goes to the Eagles personnel handling their salary cap and contracts, to include General Manager Howie Roseman and General Counsel Aileen Daly.  Even though Babin received $5.5 million guaranteed, the Eagles structured the deal such that only $1.5 million would prorate over the length of the deal.  (Proration refers to the salary cap and is simple math: $1.5 million divided by 5 years equals $300,000 per year.)  Hence, the Eagles only have $300,000 guaranteed counting against their salary cap each year of the deal.  This effectively gives the Eagles the flexibility to release or trade Babin at any point in his deal with very minimal salary cap ramifications.  The other $4 million was paid up-front in full in 2011 as a roster bonus.  It pays the same as a signing bonus except that it doesn’t prorate as a signing bonus does.  If a team has managed its’ salary cap correctly in previous seasons, they likely have the cap room to absorb the $4 million bonus charge up front.  Unfortunately sometimes teams use a “credit card approach” and pay hefty bonuses using proration.  Yes, this allows them to afford the player now, but dollars prorated to future years eat up cap space in those future years.  Every dollar of proration reduces the amount of money a team can then spend on players in that year.  This brings me to the salary cap penalty of releasing Babin in 2012, and why the Eagles may have decided to release him now.

With 3 years of remaining on Babin’s contract, the Eagles must have had some motivating factors to decide to release him now.  First, as discussed above, the season is essentially lost, so changes can begin being made now.  The Eagles must have known they were not going to keep Babin for 2013.  Players are released for a number of reasons.  Maybe he is a cancer or malcontent in the locker room, and they know they cannot afford to have him infect younger players.  (However, the Babin separation seems to have been amicable.)  Maybe some younger players have really shown promise in practice and/or games, and the team knows they have to somehow get those players playtime.  Maybe the player feels as though he is overachieving relative to his contract and is threatening to holdout.  As in the case of Babin, maybe a player isn’t fulfilling the role the team had envisionedwithin their scheme.  Or maybe it is a combination of a number of these things. At any rate, the ‘season of change’ had begun in Philadelphia, so Babin was just another domino to fall sooner than later.  Howie Roseman and Aileen Daly had done such a great job with the contract; the Eagles would only have to worry about a $900,000 charge on their salary cap in 2013 due to Babin’s contract.  (If I am omitting anyone else who helped with the deal, please forgive me.)  Salary cap penalties were not a concern. The Eagles have always been an organization to be proactive rather reactive.  They have set a precedent to reward their younger players with long-term contracts years before their rookie contracts expire.  In 2012 alone, they have extended the contractsof key players LeSean McCoy, DeSean Jackson and Trent Cole, among others.  While there is some risk if the player’s performance declines, re-signing players so early allows the Eagles the opportunity to keep the total contract costs lower.  And in continuing to structure contracts with little proration, the Eagles have the ability to release or trade players with little to no salary cap penalties.  They avoid the proverbial “salary cap jail.”

This brings us back to the situation at hand: Philadelphia releasing Babin last week.  Between 2011 and his time with the Eagles in 2012, Babin had 23.5 sacks.  That is definitely a worthwhile return on investment for the Eagles.  But Philadelphia had been under-performing as a whole, and with a record of 3-8, changes needed to be made.  Rumors constantly swirl around any head coach whose team is below .500, but in Philadelphia those winds are STRONGER, much like New York.  The media is extremely impatient, and as a result, so are the fans.  Head Coach Andy Reid made the first move.  Defensive Coordinator Juan Castillo was fired on October 16, 2012.  My experience leads me to believe that the players did not respect him and/or did not play well under his system.  Castillo became the example to show that the performance of the team after 6 games was not good enough.  But the team has performed no better since then under new Defensive Coordinator Todd Bowles, and it has now become apparent that 2012 will not be a playoff season.  The Eagles leadership has since dismissed two executives on the business side of the organization, setting the tone for a restructure for 2013.

A similar restructure may not occur on the football side, but many components remain in doubt for 2013, to include Michael Vick as the starting quarterback and Andy Reid as the Head Coach.  So it should come as no surprise that the Eagles released Babin now.  Whatever reasoning they had, to include my proposed reasons above, the Eagles were being proactive.  It was not a compulsive or irrational decision.  They fired the Defensive Coordinator.  They are turning over executives.  Rookie quarterback Nick Foles and rookie halfback Bryce Brown have been entrusted with starting roles when starters Vick and McCoy were injured.  (The Eagles could have turned to veterans, but their College Scouting department has done an excellent job of identifying and drafting talented college prospects.)  The decision to release Babin falls right in line with every other Eagles decision, and it is the result of a great deal of thought and analysis.  Eagles fans should be confident: Andy Reid, Michael Vick, and/or anyone else working or playing for the Eagles organization will only lose their job(s) if it is in the best interest of the organization moving forward AND executive leadership has identified more than capable replacements.

The Jaguars have acquired Babin via waiver claim, and this process essentially assigns a player to the ‘bidder’ with the worst season record at that time.  A Pro Bowl caliber player like Babin is rarely available, but with the trade deadline having passed and Philadelphia wanting to make moves now, Babin became such a rarity.  The bonus is his relatively modest cap charge for each of the next 3 seasons: Jacksonville will pay Babin $4.325 million in 2013, $6.175 million in 2014 and $6.15 million in 2015, IF THEY CHOOSE to keep him that long.  The beauty of acquiring a contract is that all previously prorated bonus amounts count towards the previous team’s salary cap, allowing the acquiring team to operate virtually salary cap penalty free.

Granted $6 million is still a very significant percentage for one player, but if Babin doesn’t regain his 2011 form, Jacksonville can release him without being on the hook for future cap charges or future guaranteed payment dollars to the player.  The only catch for Jacksonville is that they may not be able to keep Babin beyond 2013.  Some great research by Mike Florio of PFT clearly explains a clause in the NFL Collective Bargaining Agreement that states that a player claimed whose contract covers more than one additional season gives the player the right to declare himself an unrestricted free agent at the conclusion of that additional season.  In the case of Babin, this means he could declare himself a free agent for 2014 after the conclusion of the 2013 NFL season.  What comes from Babin’s time in Jacksonville will be determined in time, but as it stands right now, this is a winning situation for all parties involved.

You don’t want to miss next Friday as I acknowledge one of the most admirable, yet underappreciated, reactions to the Jovan Belcher tragedy!